Opinion polls reflect that dominant social values in Spanish society favor, in comparison with our European neighbors, the State playing a greater role, but not for it to collect more taxes. These posts argue that this contradiction is consistent with Spaniards’ proclivity to restrict private contracting via compulsory and often retroactive rules to address problems that would best be tackled through public-law tools, such as directly subsidizing the parties that such rules pretend to protect. This abuse of private law entails negative consequences both for commercial markets and for the functioning of the political system.

Dominant values ​​of Spaniards compared to those of their European neighbors 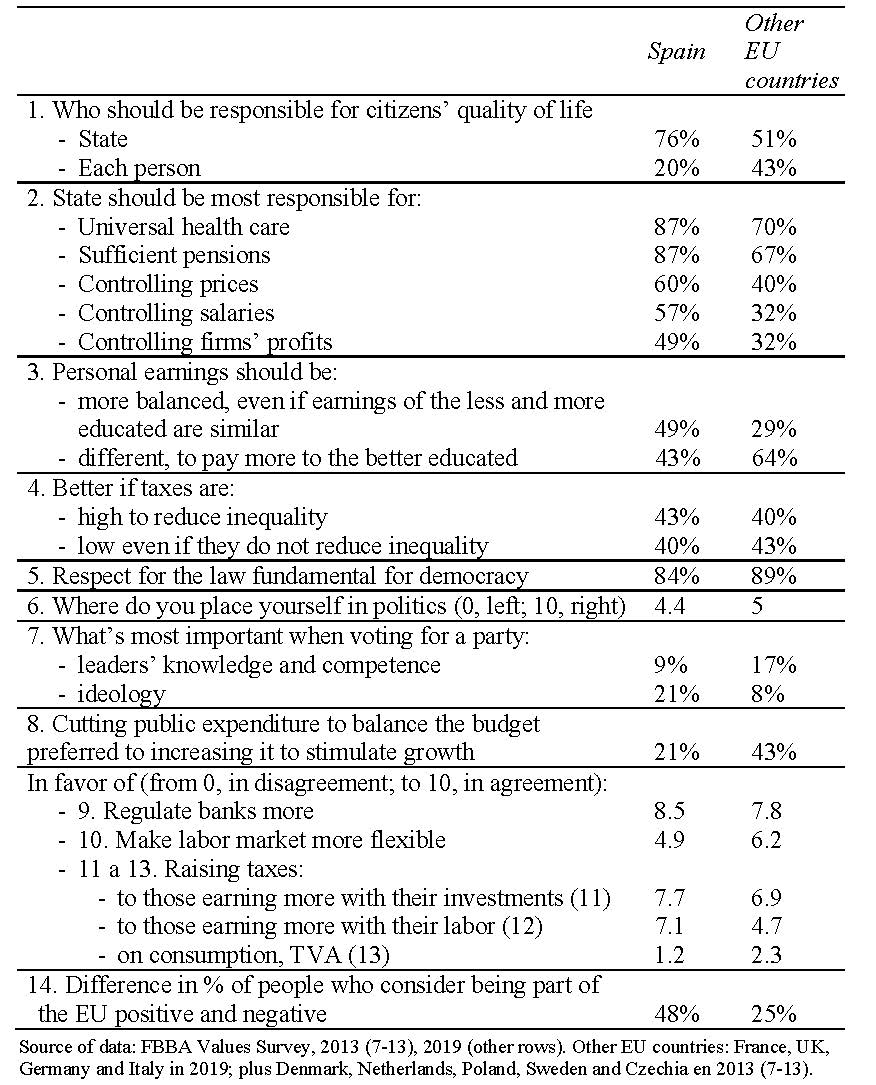